Last Thursday’s eurogroup meeting went down in history as a lost opportunity to produce an already belated agreement between Greece and its creditors.

Perhaps the most telling remark by any finance minister in that meeting came fromMichael Noonan. He protested that ministers had not been made privy to the institutions’ proposal to my government before being asked to participate in the discussion.

To his protest, I wish to add my own: I was not allowed to share with Mr Noonan, or indeed with any other finance minister, our written proposals. In fact, as our German counterpart was later to confirm, any written submission to a finance minister by either Greece or the institutions was “unacceptable”, as he would then need to table it at the Bundestag, thus negating its utility as a negotiating bid

The euro zone moves in a mysterious way. Momentous decisions are rubber- stamped by finance ministers who remain in the dark on the details, while unelected officials of mighty institutions are locked into one-sided negotiations with a solitary government-in-distress.

It is as if Europe has determined that elected finance ministers are not up to the task of mastering the technical details; a task best left to “experts” representing not voters but the institutions. One can only wonder to what extent such an arrangement is efficient, let alone remotely democratic.

Irish readers need no reminder of the indignity that befalls a people forced to forfeit their sovereignty in the midst of an economic depression. They may, however, be justified to look at the never-ending Greek crisis and allow themselves a feeling of mild superiority, on the basis that the Irish suffered quietly, swallowed the bitter pill of austerity and are now getting out of the woods.

The Greeks, in contrast, protested loudly for years, resisted the troika fiercely, elected my radical left-wing party last January and remain in the doldrums of recession.

While such a feeling is understandable, permit me, dear reader, to argue that it is unhelpful in at least three ways. First, it does not promote understanding of the current Greek drama. Second, it fails to inform properly the debate on how the euro zone, and the EU more generally, should evolve. Third, it sows unnecessary discord between peoples that have in common more than they appreciate.

Greece’s drama is often misunderstood in northern climes because past profligacy has overshadowed the exceptional adjustment of the past five years. Since 2009 the Greek state’s deficit has been reduced, in cyclically adjusted terms, by a whopping 20 per cent, turning a large deficit into a large structural primary surplus. Wages contracted by 37 per cent, pensions by up to 48 per cent, state employment by 30 per cent, consumer spending by 33 per cent and even the current account deficit by 16 per cent.

Alas, the adjustment was so drastic that economic activity was choked, total income fell by 27 per cent, unemployment skyrocketed to 27 per cent, undeclared labour scaled 34 per cent, public debt rose to 180 per cent of the nation’s rapidly dwindling GDP, investment and credit evaporated and young Greeks, just as their Irish counterparts, left for distant shores, taking with them huge quantities of human capital that the Greek state had invested in them.

What Greece needs now is not more cutbacks that push an impoverished populace into greater indignity, or higher tax rates and charges that crush what is left of economic activity. These “parametric” measures, as the institutions call them, have been excessive, the result now being a nation on its knees.

During last Thursday’s eurogroup meeting I presented our government’s comprehensive reform agenda to achieve these goals and announced our formal collaboration with the Organisation for Economic Co-operation and Development (OECD) to implement it. I also tabled a radical proposal for a legislated debt brake mechanism that, triggered by an independent fiscal council, would automatically reduce all state outlays by the degree necessary to set the state back on course toward some pre-agreed primary target.

In addition to these reforms and our efforts to engage with the European Investment Bank in order to channel much needed investments into the Greek economy, I presented to the eurogroup well thought-out proposals for debt swaps that would allow Greece to re-enter the capital markets and to partake of the European Central Bank’s asset-purchasing programme (commonly know as quantitative easing).

Regrettably, my presentation was met with deafening silence. Excepting Michael Noonan’s apt remark, all other interventions ignored our proposals and reiterated the frustration of ministers that Greece had... no proposals.

An impartial spectator of our eurogroup deliberations would come to the safe conclusion that it is a strange forum, one ill-equipped to forge good, hard decisions when Europe truly needs them. Greece and Ireland took a major hit early on in the crisis because the eurogroup was not designed to handle crises efficiently. It is still unable to do so.

The pressing question our Irish friends must answer prior to Monday’s extraordinary summit meeting on Greece is this: is it more likely that the euro zone will become a better union to belong to if Greece is thrown to the wolves, despite the type of proposals tabled at Thursday’s eurogroup meeting? Or is a deal revolving around these proposals more likely to lead to greater openness, efficiency and democracy?

Yanis Varoufakis is minister of finance of Greece. 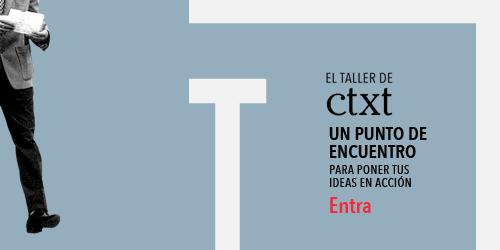